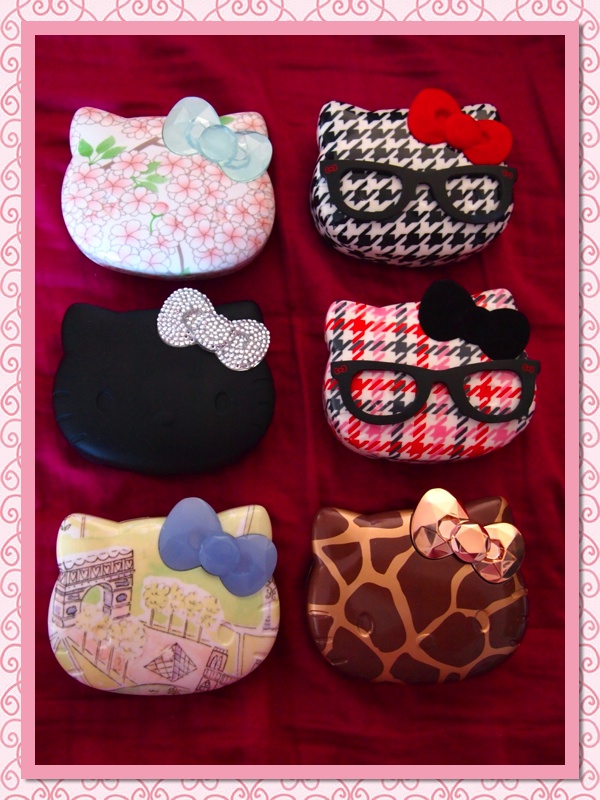 It amuses me how prolific Hello Kitty is these days: girl does collaborations with everybody! I was really excited when Sephora first announced a Hello Kitty makeup line only to initially be disappointed that what I felt was the cutest part (the Say  Hello quads in the shape of her head) had the poorest pigmentation.

Thankfully the limited edition releases have been much better quality, and being me, the words ‘Limited Edition’ automatically increase the likelihood that I’ll cave in and buy it so I’ve managed to collect all b ut two of the palettes since their release.

(The two that I’m missing I don’t regret at all, even though one of them was the fuchsia pink one haha).

It was only fitting that my first Hello Kitty palette remains my favourite and for good reason: the pigmentation is decent, the blushes are soft and blendable, and the entire palette is covered in cherry blossoms! While I own many other neutrals, this palette remains a good all-in-one face (when I am too lazy to pull multiple products).

I initially only planned on purchasing one of the Head of the Class palettes, but after the black version went on sale, I figured for 14$ it would at least make a cute mirror. The pigmentation on these shadows is fairly decent, though they are quite a bit more matte in finish than anything else from the HK line. I love the blush best, though it’s worth noting that the houndstooth pattern wore off after 2 uses.

Judging from this palette apparently green+coral combos were becoming a trend even at this point last year 😛 I’ve worn this palette with either the green OR the coral but now I think I should try them together (and at the very least, this has officially helped dampen by lemming for Guerlain’s Coup de Foudre which is also a green+coral combo – though admittedly quite different in tone).

The Hello Kitty in Paris palette was one of my favourite collections by far, and it cemented that I think the line as a whole loves its purples. I had to open several palettes to find ideal print placement on my Hello Kitty as each one was a different portion of the map of Paris!

The Wild Things palette was another friendly set of neutrals, with slightly better pigmentation than the Sakura palette but with less satisfying blushes. I’m wearing this palette in the FOTD at the end of this post.

This holiday palette was a trial to get but I think on the outside is my second favourite to use for an eye look – the colours are just very smokey-eye friendly! The palette also came with a highlighting powder with a white bow overlay (but this wasn’t particularly pigmented, and I obviously forgot to take ‘palette open’ pics.